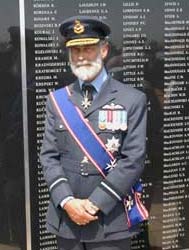 Founded in 1979, Forest represents adults who choose to consume tobacco and non-smoking adults who are tolerant of other people's enjoyment of tobacco.

Chairman of Forest from 1987 until his death, aged 81, in October 2006, was another pipe smoker, Lord Harris of High Cross. Best known for his work at the Institute of Economic Affairs, where he was general director for 30 years (1957-1987), Ralph Harris was an active participant in the smoking debate. In 1998 he co-wrote, with Judith Hatton, Murder A Cigarette, and in 2005 wrote a powerful essay, Smoking Out The Truth: A Challenge To The Chief Medical Officer.

"Tobacco is not an illegal substance yet the government is persecuting a minority. I think that's a disgrace in a social democracy."

Are you tired of being targetted for your smoking habit?