Message from our director 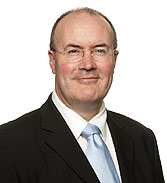 It's been another difficult year for many people. The good news is that there seems to be light at the end of the long Covid tunnel but I remember writing that last year so let's not get ahead of ourselves!

My personal view is that if we want to return to 'normal' we will have to learn to live with Covid and its variations and accept that going to pubs, restaurants and other indoor public places will always carry some risk so excessive restrictions are not the answer now we are post peak pandemic.

Instead, and unless ministers wish to trash the economy and individual liberties completely, governments must put choice and personal responsibility first, giving adults the freedom to make informed decisions without intrusive and heavy-handed measures that are sometimes driven more by politics than by evidence.

Talking of which 2022 will present several challenges for confirmed smokers. For example, the Welsh Government recently launched a 'consultation' designed to progress its target of a 'smoke free' (sic) Wales by 2030. The closing date is 31st January 2022 and we would encourage friends of Forest to participate, even though the consultation appears to be weighted heavily in favour of those who support the government's smoke free goal.

We also await the publication of the UK government's new Tobacco Control Plan which is designed to achieve the same ambition for England. Measures that have been lobbied for by the tobacco control industry included a multi-million pound levy on tobacco companies (that would almost certainly be passed on to the consumer), extending the smoking ban to pavements outside pubs and restaurants, reducing the prevalence of shops that sell tobacco, raising the age of sale to 21, and printing health warnings on individual cigarettes.

Covid has given governments an unprecedented reason/excuse to impose extraordinary restrictions on the population. Some of those measures have probably been justified, temporarily at least, but it's our job to ensure that, having acquired a taste for strict and sometimes oppressive regulations in the name of public health, it does not become the default position of politicians and public health officials.

Smokers know all about oppressive regulations so let their experience of the slippery slope and creeping prohibition be a warning to everyone who values individual liberty.

In the meantime, from all of us at Forest, have a happy New Year and here is our Review of the Year 2021.

Ladies and gentlemen, it has been my great pleasure to be the non-smoking director of Forest for 20 of our 40 years.

Smokers must be one of the most vilified minorities in the country and I am proud to be involved in this small but important battle against the overbearing nanny state and the ghastly anti-smoking zealots.

Founded in 1979 by Sir Christopher Foxley-Norris, a former Battle of Britain fighter pilot and lifelong pipesmoker, much of Forest’s work is media related. Over four decades we’ve been quoted tens of thousands of times and given thousands of TV and radio interviews.

When we are not responding to the latest anti-smoking initiatives we are writing or commissioning our own reports, contributing to government consultations or appearing before parliamentary committees.

I’d like to thank everyone who has worked for Forest from 1979 to the present day. It’s a long list so it’s unfair to single anyone out but I would like to mention a few people who are here tonight.

Jacqui Delbaere first worked for Forest in 2004 when she worked on our campaign against the indoor smoking ban. She’s subsequently worked on a string of Forest events and initiatives including this event tonight.

Photographer Dan Donovan first worked for Forest in 2007, shortly after the introduction of the smoking ban. Dan is our official photographer and he also designs and produces most of our campaign tools.

Angela Harbutt ran Forest’s Hands Off Our Packs campaign against plain packaging of tobacco. That campaign raised over 260,000 signatures via a street petition and delivered 50,000 letters to Downing Street.

John Mallon is Forest’s spokesman in Ireland where the political and media environment is even more hostile to smokers than here in the UK.

And Guillaume Perigois is our man in Brussels where he fights the good fight on behalf of tens of millions of smokers throughout the European Union.

Ladies and gentlemen, please give them and everyone else who has worked for Forest a warm round of applause.

I’d also like to thank everyone who has attended a Forest event – whether it’s been a dinner like this, a drinks reception, a book launch, a campaign launch, a panel discussion or a party conference event. Your support is greatly appreciated.

I would also like to thank David Hockney, often described as “Britain’s greatest living artist”. The first Forest event David attended was a private dinner at Boisdale of Bishopsgate, in 2004. He enjoyed the evening so much he said later it was a “life affirming moment”.

In 2005 he joined us in Brighton where we were hosting an event at the Labour Party conference to protest against the Labour government’s plan to ban smoking in all public places. That day was the best day of my working life and it still makes me laugh thinking about it.

David began the day on BBC Breakfast and the Today programme and ended it giving an interview to the Sunday Times over dinner in Brighton. In the hours in between he was interviewed by every broadsheet newspaper and by Andrew Neil for the BBC.

He spoke at the Forest event and even found time to take part in a photo op we had organised that went slightly awry when it was invaded by an anti-tobacco campaigner who stood next to him holding a banner that read ‘Ban tobacco’.

Alongside him David stood smoking and holding a piece of paper that read ‘Death awaits you even if you do not smoke’.

You can see a picture of them in this photo journal. Do please take a copy home. It features photos of Forest events, campaign launches and some of the many friends of Forest who have attended our events or supported our campaigns.

One of them is musician Joe Jackson who was another vocal opponent of the smoking ban. Joe can’t be with us tonight because he’s on tour in Germany, but we remain in contact and he sent us this message:

Forty years ago we couldn't imagine what monsters the nanny state and the public health racket would turn in to. We need Forest more than ever. In fact we need 50, a hundred, Forests. Keep it up and 'don't let the bastards grind you down'.

I would like to thank Forest's two non-executive directors, John Burton and Russell Lewis, and remember Lord Harris of High Cross.

Ralph Harris was chairman of Forest from 1987 until his death in 2006. He was better known as one of the founders of the Institute of Economic Affairs, which was his first love, but he was a huge help to Forest and to me personally. I valued not only his advice but his unwavering optimism, which is a fantastic quality to have. Ralph will never be forgotten, either by Forest or the IEA.

Thank you too to the members of parliament who have consistently opposed excessive regulations on tobacco and other products such as food and drink. A number of them are here tonight and looking ahead I think we’ll need your help and support even more.

Smoking is increasingly being prohibited in outdoor public places; some campaigners are calling for smoking to be banned in social housing; next year menthol cigarettes will be banned; in the UK anti-smoking campaigners want to restrict the prevalence of shops that sell tobacco; Beverley Hills in California has just become the first town in the US to outlaw all tobacco sales in shops; there is talk of health warnings on individual cigarettes; and it’s even been suggested that when you open a pack of cigarettes you should be forced to listen to an audio health warning.

The anti-tobacco template is of course being rolled out for alcohol and sugary foods and drinks, and it will inevitably be used to restrict the use and sale of e-cigarettes because the long-term goal of tobacco control campaigners is not a ‘smoke-free’ world but a ‘nicotine-free’ world.

Finally, I’d like to thank the tobacco companies who have supported Forest for 40 years. We don’t take the companies’ support for granted and we know that society‘s relationship with smoking has changed and will continue to change, and we also know that the companies are changing and moving towards safer nicotine products, as indeed they should.

Forest’s focus is also evolving to embrace and support risk reduction products but as long as there are adults who choose to smoke, enjoy smoking, and don’t want to quit, we will NEVER abandon them because it’s our belief that choice and personal responsibility are paramount.

I will finish by inviting Ranald to read out a second message. It’s from Alexander Waugh, grandson of Evelyn and son of Auberon Waugh. Bron was another great supporter of Forest and when I joined Forest it was a huge thrill to meet him because I grew up reading his columns in The Spectator and Private Eye.

He was very charming and he managed to persuade me that Forest should sponsor a series of drinks parties at his Academy Club in a small, almost Dickensian room in Soho. I’m not sure who benefited most but I met some very interesting people at those soirées including three people who are here tonight – Mick Hume, the great Tom Utley, and Claire Fox who is speaking later.

Bron died in 2001 but last week Alexander sent us this message:

Wishing your organisation all happiness and prosperity and ultimate success against the tyrannies of nanny stateism. With all warmest salutations for your fortieth anniversary! Vivat Forest!

"Tobacco is not an illegal substance yet the government is persecuting a minority. I think that's a disgrace in a social democracy."

Are you tired of being targetted for your smoking habit?